Robots may have taken over alien civilizations, astrophysicist claims 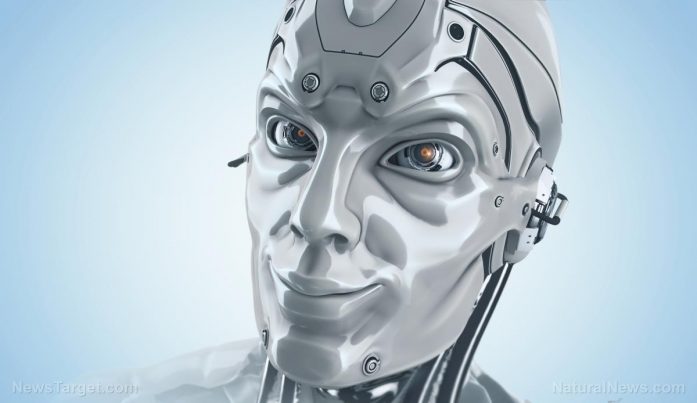 If there is alien life out there, it might be anything but organic. According to one prominent astrophysicist, aliens could very well be machines. “My guess is that if we do detect an alien intelligence, it will be nothing like us. It will be some sort of electronic entity,” Lord Martin Rees, Astronomer Royal and University of Cambridge Emeritus Professor of Cosmology and Astrophysics, told TheConversation.com.

In his interview, Lord Rees acknowledged that life may exist on any of the water-bearing planets in our galaxy. Should there be alien civilizations out there, however, they won’t be standing on the same stage of development as us. There would be alien life far more simplistic than we are, and there would be alien civilizations so far ahead that their creations have transitioned into “fully electronic intelligence”.

In other words, these artificially-created intelligent beings could have taken over the planets of their creators and established themselves as the dominant life form. Whatever boundaries separated the biological from the synthetic were barely there at all. “The period of time occupied by organic intelligence is just a thin sliver between early life and the long era of the machines,” Lord Rees stated.

The future of humans: Will there come a time when we are no longer relevant?

The cosmologist has warned that the same fate could befall humanity. A multitude of factors have contributed to our decline as a species. Everything from the population boom to bioterrorism to our misuse of technology have significantly weakened humanity and made us “more vulnerable now than we ever were before,” noted Futurism.com. Machines, however, can easily outlast us, and this element could help them centuries or even mere years down the line. (Related: Google’s military robot army soon ready for Terminator assault on humanity)

Life on Earth, Lord Rees said, took billions of years to evolve from one-celled organisms to our current state. Artificial intelligence (AI) has progressed and continues to progress at a pace we can barely conceive. Although the question of whether or not machines could ever develop human-like consciousness is still fully unanswerable, Lord Rees believes that they could still “develop in a machine mind.”

Stephen Hawking, theoretical physicist, shares the same viewpoint as Lord Rees. “Alongside the benefits, AI will also bring dangers, like powerful autonomous weapons, or new ways for the few to oppress the many,” Hawkings told Futurism.com.

Should machines take over the planet Earth, the same way they did to others, then this may at least hasten contact with alien life. According to Lord Rees, connecting with aliens is not possible in our current form. Only in an era without humanity would this be feasible. “We are likely to be fixed to this world. We will be able to look deeper and deeper into space, but travelling to worlds beyond our solar system will be a post-human enterprise. The journey times are just too great for mortal minds and bodies. If you’re immortal, however, these distances become far less daunting. That journey will be made by robots, not us.”

Lord Rees was appointed to the House of Lords in 2005, and from 2005 to 2010 he held the position of President of the Royal Society. He is an honorary member of the Pontifical Academy, the Russian Academy of Sciences and a number of other foreign academies. He has been awarded the Gold Medal of the Royal Astronomical Society, the Cosmology Prize of the Peter Gruber Foundation, and the Einstein Award of the World Cultural Council. Currently, Lord Rees is delving into more research on high-energy astrophysics and cosmic structure formation.