Fitter, healthier people have a better chance to survive an apocalypse 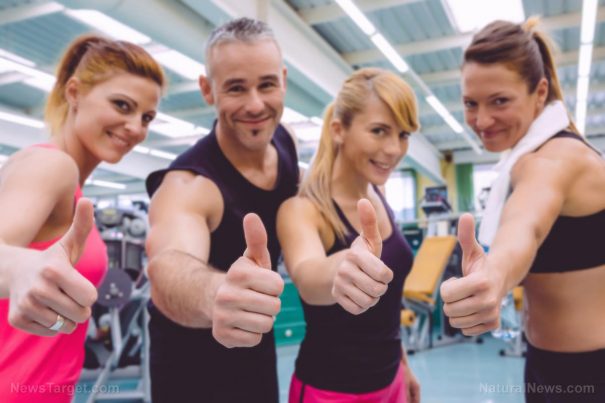 In normal times, a lot of people who exercise regularly tend to do so in order to maintain a certain physique, especially as they age. They don’t mind being in better shape overall, but much of their workout routine is aimed at improving the way they look.

And in normal times, there’s nothing wrong with that. I’ve been a gym rat most of my life and continue to be. However, my workouts aren’t aimed primarily at maintaining a more youthful look, although they certain do that.

Mine are aimed at staying alive when stuff hits the fan. (RELATED: Study: Running linked to extended lifespan and brain repair)

Don’t get me wrong, I’m of the mind that if the civil society never collapsed, that’s a great thing. I don’t think most normal, sensible people want our country (or our world) to devolve into some hellish nightmare of an existence. Why would we want that?

But that said, there are no guarantees in life, and honestly, though I’m optimistic about our future now with President Donald J. Trump in office, no one can predict the future. Certainly, there are Left-wing forces out there aligned against him, with the goal of undermining his presidency in every way possible, if not getting rid of him altogether. And many of them have no problems disrupting the civil society to accomplish that goal, as we’ve seen time and time again from thuggish groups like “Antifa,” the real modern-day incarnation of Hitler’s fascist Brown Shirts.

Anyway, the point is, we don’t know what will happen – tomorrow, next week, next month or next year. An outside disruptor like a war or a natural event like a massive solar storm that wipes out our highly technologically dependent society could happen.

And if it does, those who have taken the time to take better care of their bodies and get in serious shape stand a greater chance of survival than those who don’t. It’s just that simple.

Consider: As a regular in the gym who takes working out seriously (and to the next level), I am rarely sick. I don’t catch colds or flu very often and I’m not stricken with debilitating conditions or diseases. I have a lot of seasonal allergies but I blame them on the state I live in, not my lifestyle!

I think that’s because a) I take working out seriously (as in, every day); b) I eat right and don’t eat junk; and c) I get as much rest and relaxation as I can (because it’s important to regenerate your body and mind on a daily basis).

Plus, physically speaking, I’m in much better shape than most guys my age, that’s just a fact. And because of the kind of workouts I do – many of which I took up during my years in the military, which included a combat deployment overseas – my bones and joints are honed for endurance.

In other words, I’m healthy and plan on staying that way. Already that puts me miles ahead of most other people who frankly think of every excuse not to exercise and get in better shape.

Well, I’m trying to give you a major reason why you should get into an exercise program, and now: Survival.

You can lift weights and you should because that’s part of getting stronger. But in order to achieve maximum health and fitness, you must add in specific exercises that are designed to boost your strength and endurance; the latter is important for long-term fitness and health.

Remember, in a societal collapse, you’re likely not going to be eating the best of foods, at least not regularly. You’re also probably not going to get much rest, at least initially. You’re going to be forced to live on the run and in the rough. There were be dangers and enemies lurking around every corner, from the hungry neighbor-turned-terrorist to the roving bands of hoods looking for anything they can find. Even if you’ve bugged out, life is not going to be easy. It will be a constant challenge just to stay alive.

If you’re in poor shape to begin with, I hate to break it to you, but you’re probably not going to live long. And if you’re charged with defending a family, that means they aren’t going to live long, either. (RELATED: The One Extreme Fitness Workout That Will ‘Push’ You To Your Limit)

So how about it? Before the stuff really hits the fan, isn’t it going to be worth it to be more physically prepared for whatever comes your way? From simple weightlifting or running to performing extreme fitness workouts, you’re going to need a balance of exercises to boost your strength and endurance.

Get your doctor’s okay before you begin any fitness program, especially if you’re 35 years old or older, and start slow so you don’t injure yourself. But if you put the time in now, not only will you reap short-term results that you will notice, you’re going to be much better off when it comes time to get your gear, get your family and get out ahead of the marauding hordes.

Good luck and get busy.

After all, the worst thing that can happen if society never breaks down is a fitter you. Enjoy your longer life.

J.D. Heyes is a senior writer for NaturalNews.com and NewsTarget.com, as well as editor of The National Sentinel.